Located in the former home of the Eastern Townships Bank, the Sherbrooke Museum of Fine Arts has a fascinating array of permanent and temporary exhibitions housed inside its regal 19th century architecture. Walking into the first floor, you can see soccer balls and pylons lying on the ground and watch an interactive audio video of players in a tournament. This is part of Josianne Bolduc’s “FootMuséum” exhibit, which runs through February 2020, depicting the aesthetic movements of a women’s soccer team.

On the first floor, there’s a small exhibit on the Eastern Townships Bank, which explains how Upper Empire Loyalists from New England started colonizing the Eastern Townships and founded a bank in 1859 to serve the local anglophone farmers and businessmen. You can peruse some old currencies, weight scales, and photographs.

The museum’s brand new contemporary exhibit showcases the cultural tradition of China. Karen Tam’s “Nous sommes tous des brigands/We are all robbers” bears the message that culture evolves through stealing and borrowing elements from others and questions how Chinese culture is perceived in Quebec society. You can view pagodas and replicas of traditional buildings, fancy dresses, and an elaborate Chinese tea ceremony display with engravings and decorative lanterns. The fanciful pieces delight the imagination. They consist of a sprawling blue-and-white mural with hidden dragon, mountain, human, and wind turbine motifs, representing a combination of history and modernity; sculpted figures with colorful costumes; and a papier-mâché vase encircled with butterflies. As you walk through the installations, you will feel as though you are in a new land of restaurants, karaoke bars, opium smoke shops, and curiosity shops. Some of the items are donated from the Sherbrooke community and complement Tam’s unique artefacts.

Future exhibits running from February 20 to May 17 include Simon-Claude Beauvreau’s “La charge, fiction et réalité dramatiques,” in which Beauvreau’s alter ego appears through a series of sculptures, 3D models, videos, performance, and action art, and Anna Wong’s “Periple sur Deux Chemins / Traveller on Two Roads,” which depicts her transition from identifying as a Chinese-Canadian in Canada to a Chinese-Canadian tourist in China.

With “Couleurs Manifestes,” the new permanent exhibit, you can explore the symbolism between colors with a wide range of art installations. This exhibit also comes with an audio guide to provide deeper insights into the artwork on display. Reno Salvail, who suffered from cancer, has a striking piece called “L’intimidité des fluides,” where he contrasts a blue human body with a red abstraction, which could represent the legion invading his bones. The blue represents X-rays that detect diseases, while the red symbolizes blood, death, and a sense of danger and urgency. In the more somber black-and-white section of the gallery, Montreal artist Marcel Barbeau experiments with black and white geometric shapes, which blend sculpture and painting.

As you exit, a quaint gift shop contains paintings, jewelry, books, and other keepsakes for the art aficionado in your life.

The art gallery is free the first Sundays of the month, so that is a great time to explore the exhibits, many of which feature Quebec artists. They also host children’s camps and thematic workshops (currently featuring a live-model workshop), as well as school groups who enjoy guided tours through the museum and a chance to create their own artwork. “Thirst for Expression” is an adult-only wine and cheese event, where you can produce your own masterpieces in a group setting from 6-8 pm one evening per month, with all the supplies included.

Throughout the year, check their website and brochure for seasonal activities, like a Halloween rally, Christmas party and snack, Chinese New Year’s celebration, and Easter Egg Hunt.

While small in size, the three floors of exhibits are carefully curated and well laid out, paying homage to unique and inspiring local and regional artists. 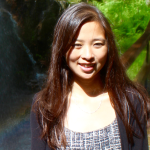